Marinella Senatore works with the managers from UBI Banca

120 employees from the Communication and Organization departments

Original choreographic works, which stemmed from the analysis of the most common physical and verbal expressions during the usual working day

“An important experience! The day with TAP and all the colleagues was exciting. Marinella’s energy, passion and professionalism infected everyone, who felt engaged in the general mobilization with the aim of communicating, collaborating, including, with authenticity, awareness and responsibility, looking at things from different points of view, without the fear of making mistakes, in a continuous crescendo of positive contamination.”

“A new and interesting experience that goes beyond the classic classroom scheme and reaches heart and mind.”

The employees of the Communication and Organization Departments of UBI Banca met the artist Marinella Senatore during two days of workshops to discuss the themes of empathy, collaboration and non-verbal communication.

During the training days, the groups explored different non-verbal communication techniques under the supervision of Marinella Senatore and the guidance of the dancers and choreographers Nandhan Molinaro and Elisa Zucchetti of the collective ESPZ (Milan-Berlin) and the theatre actress Maria Fonzino (Paris). In particular, through the mediation of the tutors, the participants analyzed the physical and verbal expressions most frequently used in the workplace (such as looking into one’s eyes, shaking hands, crossing one’s arms), to rephrase them into a choreographic work. The result was the semi-autonomous generation of a series of choreographies.

Marinella Senatore (Italy, 1977) was trained in music, fine arts and film. Her final works are performances, videos and audio-video installations. Senator’s practice is characterized by the participation of the public, which is actively involved in reflecting on the issues of cultural identity and the social structures that contain it. Through collective work, Senatore encourages the birth of new ways of meeting, during which people exchange experiences and skills, learning new ones. Her workshops provide for participants to take on unexpected roles, such as scriptwriter, costume designer, set designer and dancer, so as to explore new selves and rediscover others. 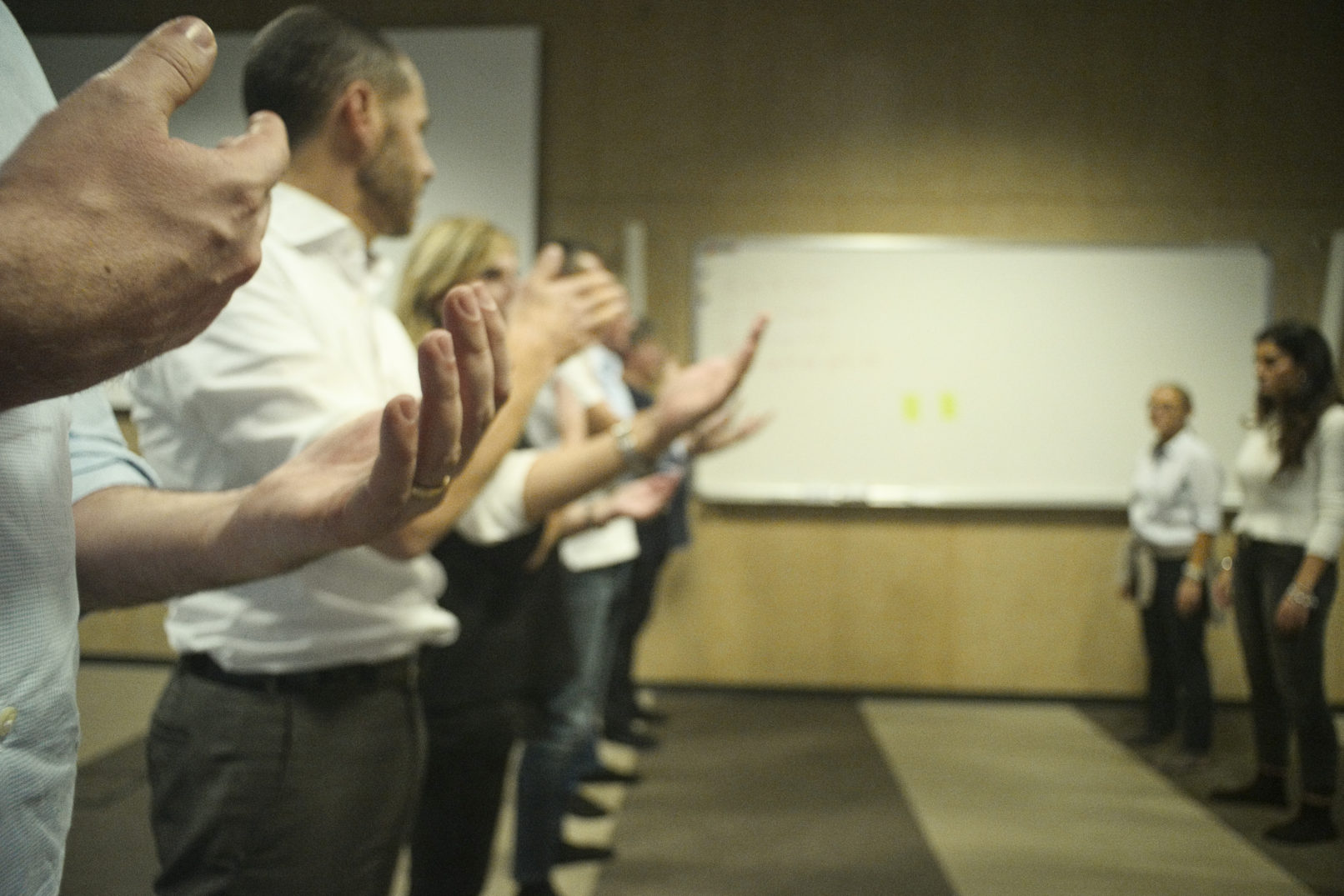 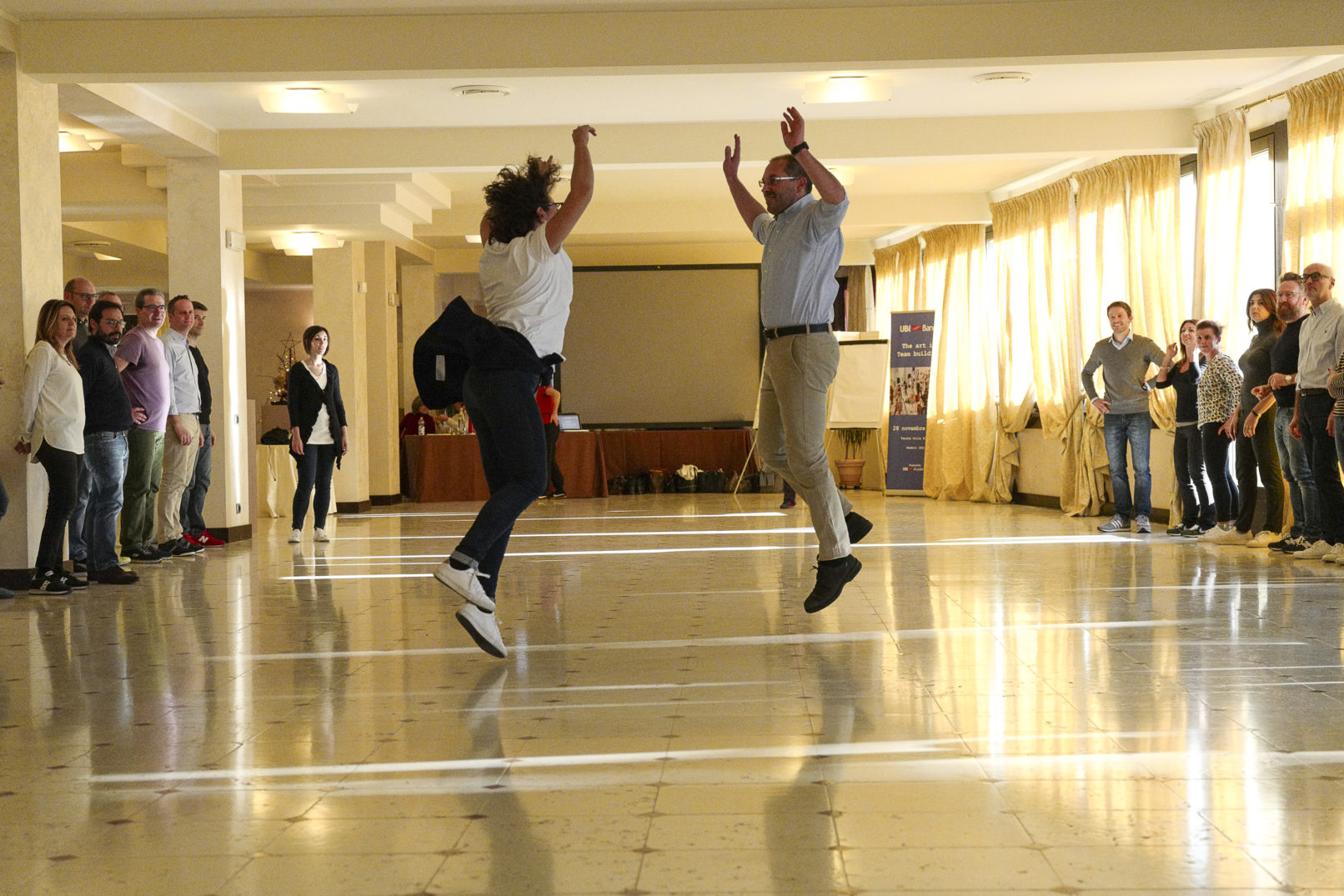 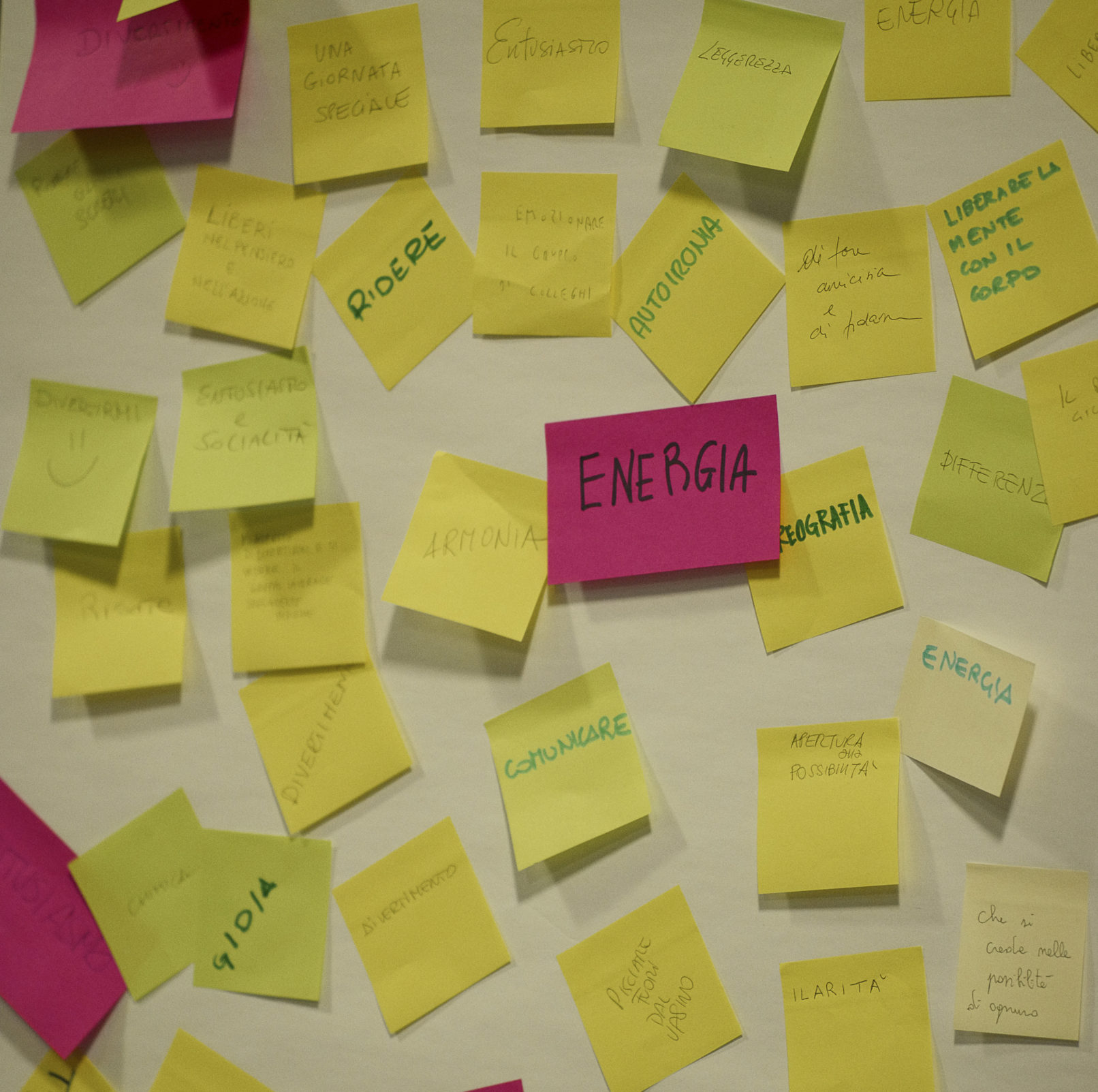 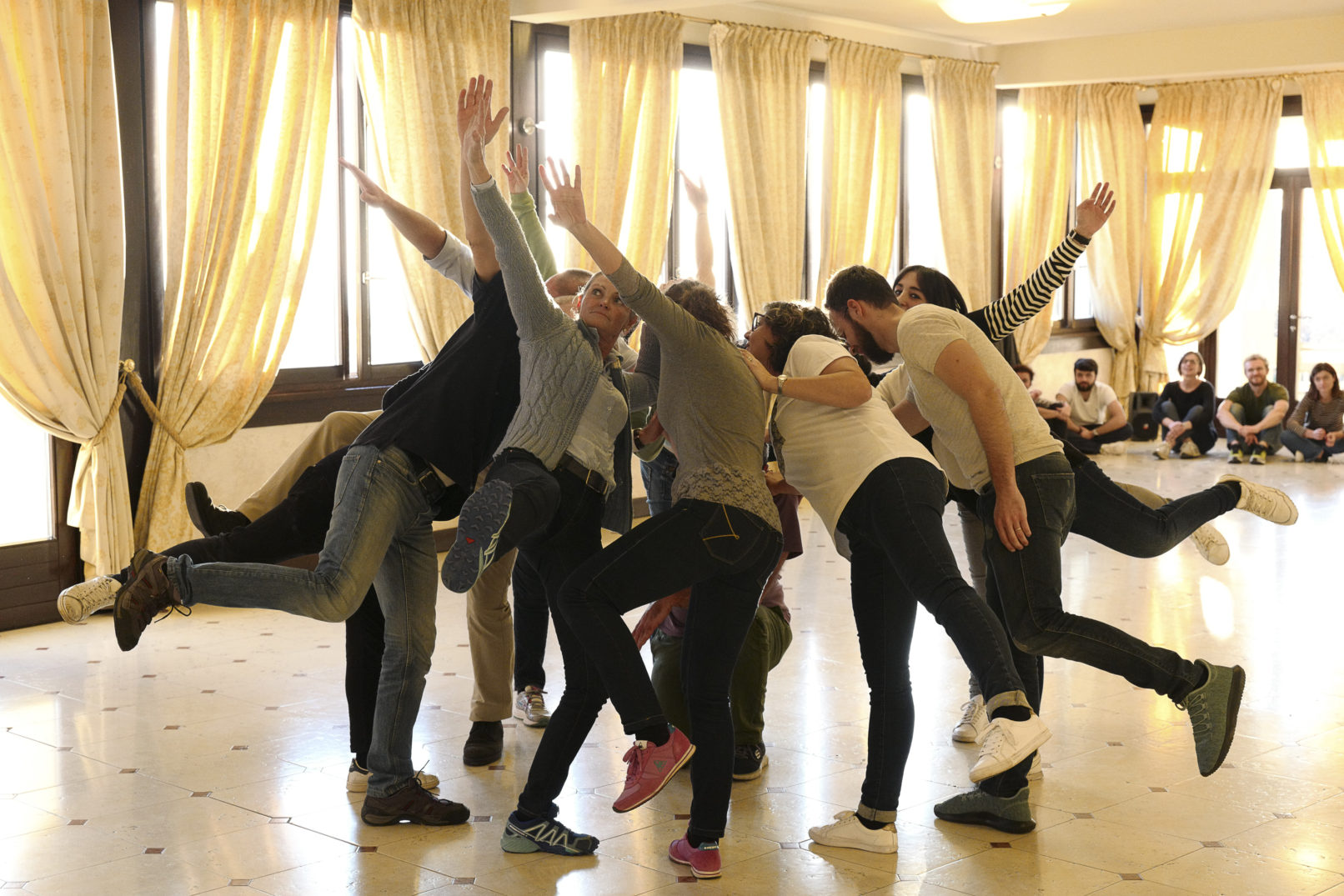 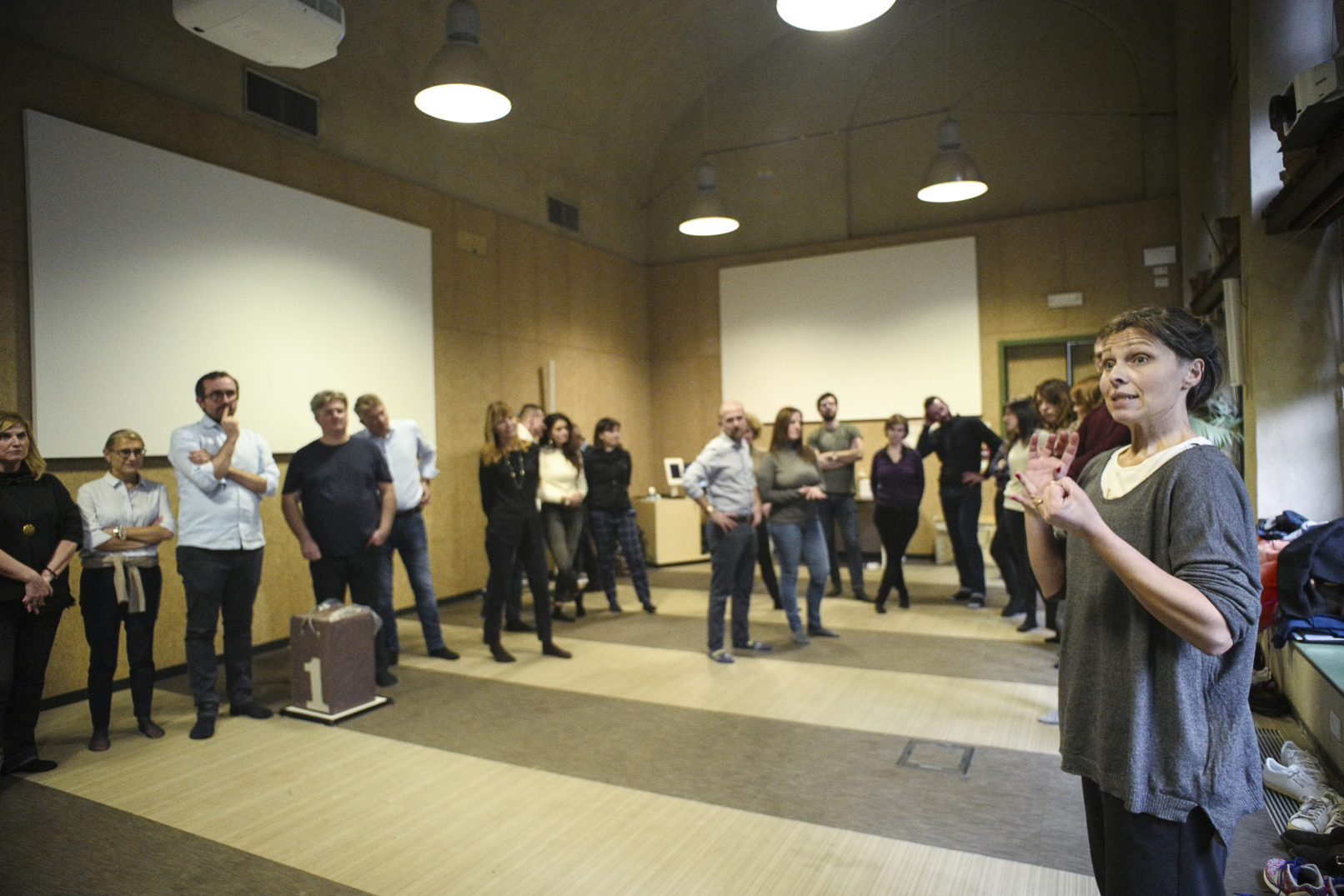 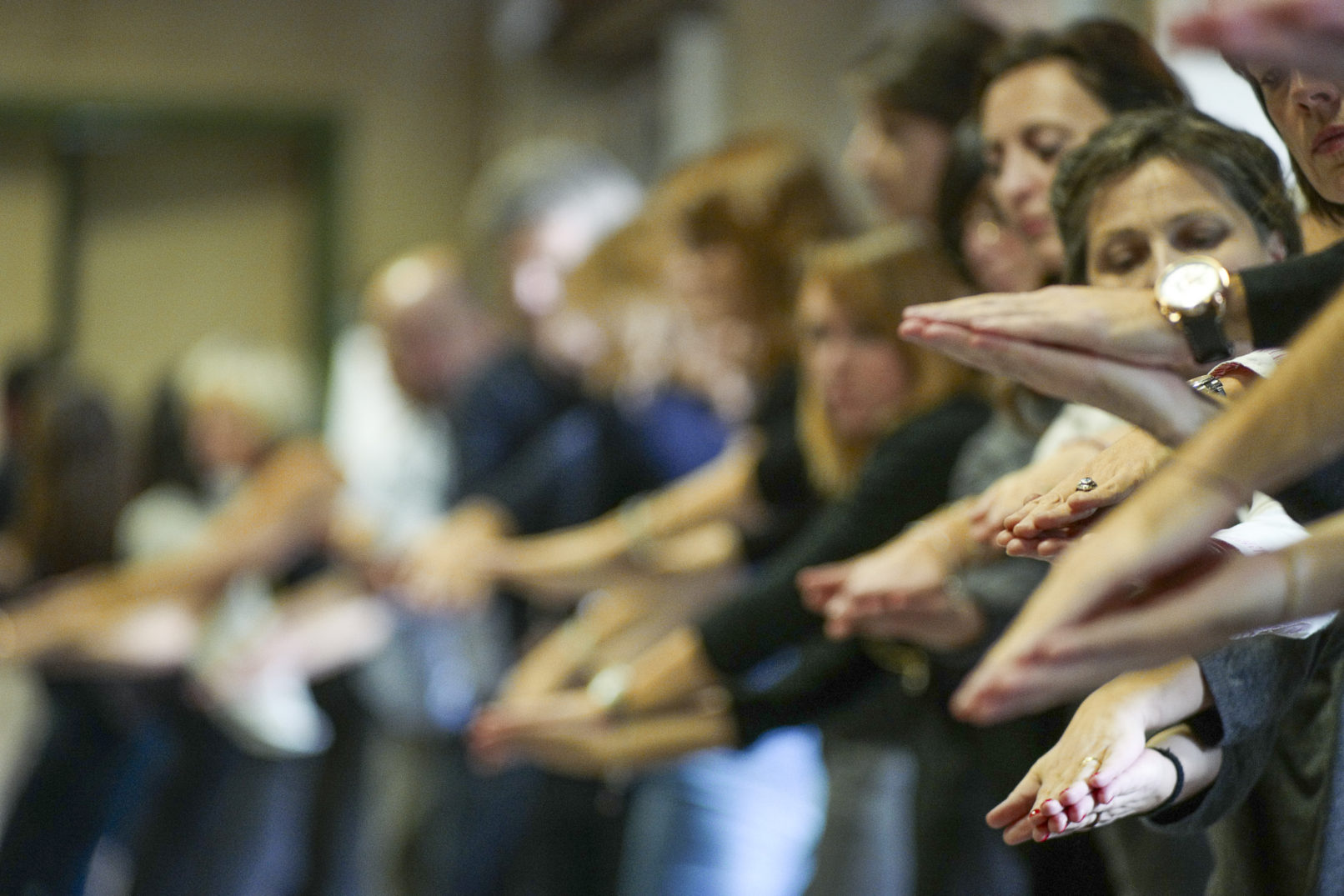